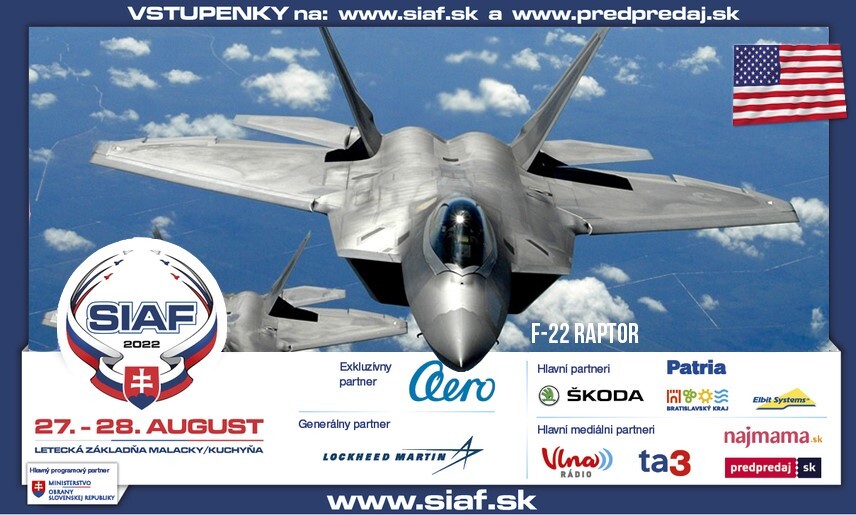 This year, too, the organizers of the Slovak International Air Fest have prepared a big surprise. As early as next weekend, August 27 and 28, fans of flying will experience what only a few in Europe have been able to do. A one-of-a-kind plane will arrive at the Kuchyňa Airport.

The organizers of the SIAF regularly prepare a highlight of the program being really worth it. It won't be any different this year either. The eight participating countries known so far will be joined by a ninth one - the United States of America. Thanks to good relations and cooperation with Slovakia, the premiere of the F-22 Raptor fighter at the Central European aviation days will take place at the SIAF2022.

The biggest attraction that the USA will offer at the SIAF is clearly the F-22 Raptor. It is one of the most modern fighters of the fifth generation, which forms an essential element of the combat power of the United States. It is also considered the best supersonic fighter plane of the planet. It is mainly used for combat in air space, is capable of attacking ground targets, it handles electronic warfare and espionage missions.

Its maximum speed is 2,414 kilometers per hour with a flight height of nine kilometers. The fighter is almost 19 meters long and has a wingspan of almost 14 meters. It is equipped with the latest stealth technology making the aircraft invisible to radars. By the time the enemy finds out that the F-22 has approached it, the American machine has already targeted him. In addition to the used materials and camouflage, the shape of the machine and the discharge of exhaust fumes are also adapted to stealth technology. The weapon systems are hidden in shafts in the shell.

The fighter has one seat for the pilot and two engines. It was developed by Lockheed Martin, which manufactures the fuselage, airframe, weapon systems and also takes care of the completion of the entire machine. The production partner is Boeing Integrated Defense Systems, which designs the rear fuselage, supplies avionics and all equipment for aircraft training and maintenance. 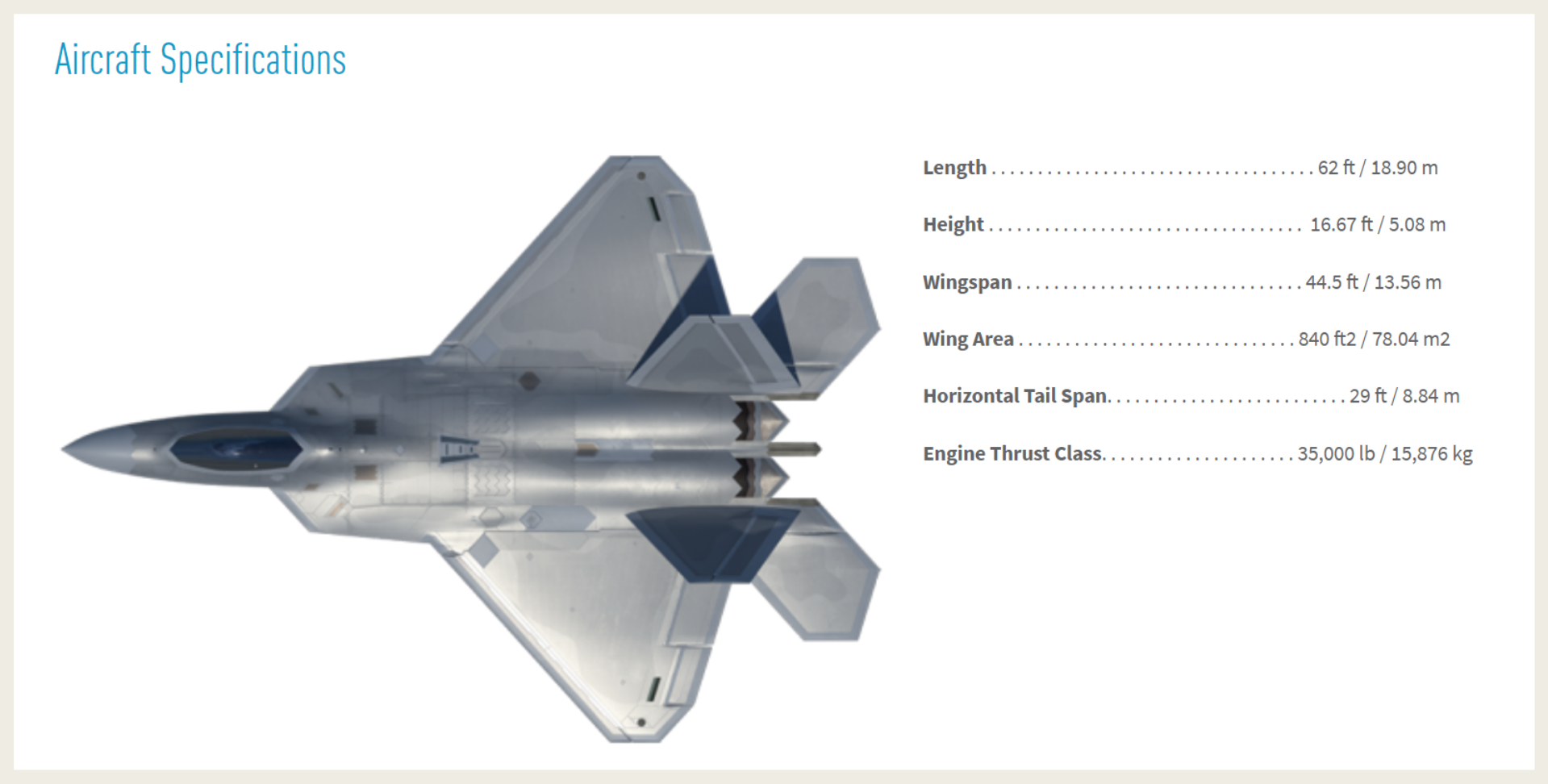 It has not yet appeared in Central Europe as part of aviation days, and visitors to the SIAF will also enjoy it during an exclusive static demonstration. We will first fully enjoy the two F-22 Raptor fighters in the air, and then we will be able to take a close look at them on the ground.

However, for security reasons, they will be included in the program only on Saturday. Therefore, we recommend coming for the whole weekend and especially going to the airport well in advance on the first day, because we expect an increased interest in visiting the air fest.

In terms of U. S. technology, in addition to the F-22 Raptor fighter we will be also able to see the PATRIOT missile system at the SIAF 2022. It has four main operational functions: communication, command and control, radar surveillance and missile guidance. Together they provide a coordinated, secure and mobile air defense system.

It uses advanced air fighter missiles and high-performance radar systems. All fire control and launch components are mounted on a truck or trailer, which improves system mobility and effectiveness. Manufactured by US defense contractor Raytheon, its name derives from the radar component at the heart of the system, which is called Phased Array Tracking Radar.