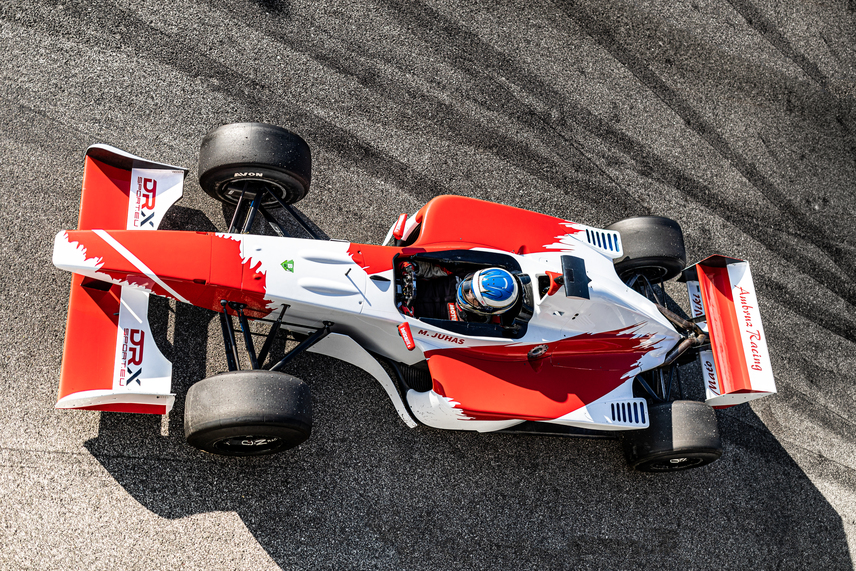 In addition to an unforgettable air show and a rich accompanying program, you can experience even more during the last holiday weekend on August 27 and 28. Have you ever sat in a Formula 1 single-seater car?

During Slovak International Air Fest SIAF 2022, you can drive an F1 single-seater car. During the weekend, we will draw two winners - one on Saturday and one on Sunday, who will experience the real speed of the formula for themselves.

You just have to buy any of the three types of tickets in advance online. After your purchase, you are automatically entered into the draw and you may be the one to sit next to the F1 pilot Martin Juhász.

"This is a LOLA single-seater car, which participated in three seasons of Formula 1 at the turn of the millennium. After a change in rules, these single-seater cars started racing in their own series under the name F3000. Our particular single-seater car started riding in Emerson Fittipaldi's team. It has a power of approx. 550 HP for a weight of 545 kg. It can accelerate from zero to 100 km/h in just two seconds," explains the owner of the single-seater car, Martin Juhás.

A few clicks are all it takes to experience a unique ride directly at SIAF 2022. However, online advance ticket sales end on Friday, August 26, 24 hours before the official start of the Slovak International Air Fest.

Speed is inextricably linked to aviation. And that's why F1, with its concept, also fits this type of event. As part of the flight program, we have won a short slot for the F1 race. Exclusively during the SIAF 2022 (on Saturday and Sunday), you will see two former single-seater cars racing against each other.

The first one has one seat, and the second one is special – a two-seater, in which maybe it will be you who will be driving it (there are only 4 two-seater single-seaters of this type in the world). The race will start in the middle of the runway in such a way that the single-seater cars will be facing each other. Their task is to go to the end of the track, turn around as quickly as possible, return to the other end of the track, turn around again, and the finish will be the middle of the track again.